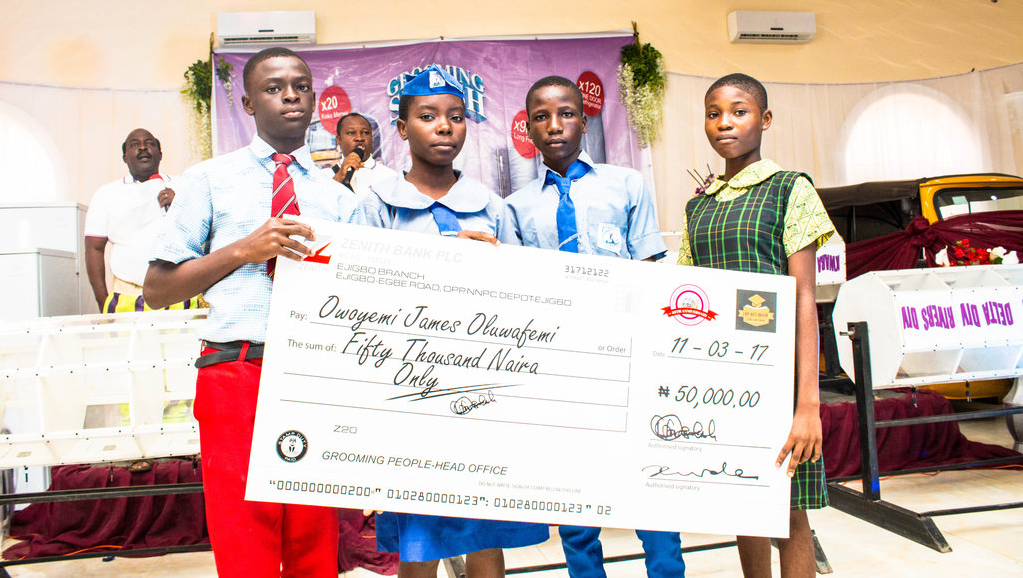 For Owoyemi James Oluwafemi, Lazarus Miracle Chidera, Idris Garuba Olashile and Okoroafor Chinelo, Saturday March 11th 2017 will remain an unforgettable day in their lives and their proud parents. It was the day the 2016 Grooming Splash edition was held and it featured a maiden event – the Lady Kate Okafor Scholarship Scheme awards [LKOSS] – where they were rewarded for their academic excellence.

The Lady Kate Okafor Scholarship Scheme is an initiative of Grooming Centre that seeks to address the educational welfare of the children of its clients, particularly those seeking admission into the senior secondary school class. Candidates for the awards were drawn across the country [Nigeria] and shortlisted after notice of the scholarship was advertised in local and electronic media in November 2016. The LKOSS is inspired by the exemplary life and character of late Lady Kate Okafor, a former member of the Governing Council of Grooming Centre.

Each of the awardees received the prize money for the scholarship awards. Expressing joy, one of the awardees Miss Okoroafor Chinelo was full of praise to Grooming Centre, adding that she was excited to be able to continue her secondary school education through the benevolence extended by the Centre. She also thanked the Centre for making her weekend a truly memorable one. See pictures below.