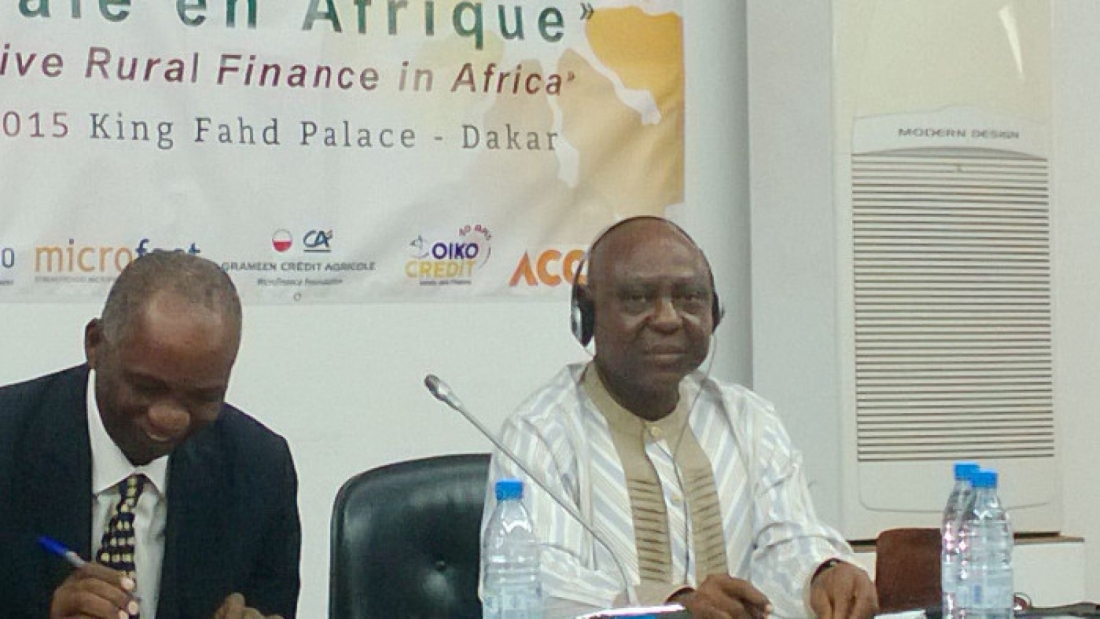 Mr. Enyinnah (Right) was elected during the General Assembly of the Association held at the King Fahd Presidential Hotel, Senegal from the 29th of June to 3rd July 2015. The General Assembly along with the African Microfinance Week (AMW) was sponsored by the Government of Senegal, the Government of the Grand Duchy of Luxembourg, African Development Bank and a handful of notable stakeholders including Citi Foundation, United Nations Capital Development Fund, European Investment Bank, Proparco and Ecobank.

According to Mr. Enyinnah, his appointment is significant because this is the first time a Nigerian is elected to such an exalted position which has largely been dominated by Franco-phone countries based on their earlier involvement in the microfinance renascence movement.

Mr. Enyinnah stressed that his appointment will further encourage the large pool of Microfinance Banks and Institutions in Nigeria to join the  AMTwhich has become the flag ship institution for the promotion of best practice and knowledge in Africa on microfinance. It will further link them to international networks, funding vehicles, rating standards and technical resources.

Created in 2003, the African Microfinance Transparency Forum (AMT) with over 60 foremost Microfinance Banks and Institutions in Africa as members is a nonprofit organization. Its objective is to promote transparency and efficiency among African MFIs by encouraging and preparing them for external performance evaluations(ratings).

The organization is  dedicated to bringing together key players in the industry to discuss the future of microfinance, the financing of microfinance institutions and partnerships between regional and continental networks.  The AMT’s main ambition is to become the major African organization for microfinance professionals where members can exchange ideas, reflect on the challenges facing the industry, promote and accelerate financial inclusion and economic growth on the continent.

The African Microfinance Week (an annual event of the AMT, AFMIN, AFRACA and MAIN) brings together stakeholders in Africa and the world over to share their experience on the core emerging issues in the industry.

The theme for 2015 AMW is “Accelerating Innovative Rural Finance in Africa” and the event brought together a  total of 363 delegates representing practitioners, funding vehicles, major networks, rating agencies, technology and innovation providers and multilateral agencies. Only 4 Microfinance Institutions, the Central Bank of Nigeria and Ecobank attended from Nigeria.