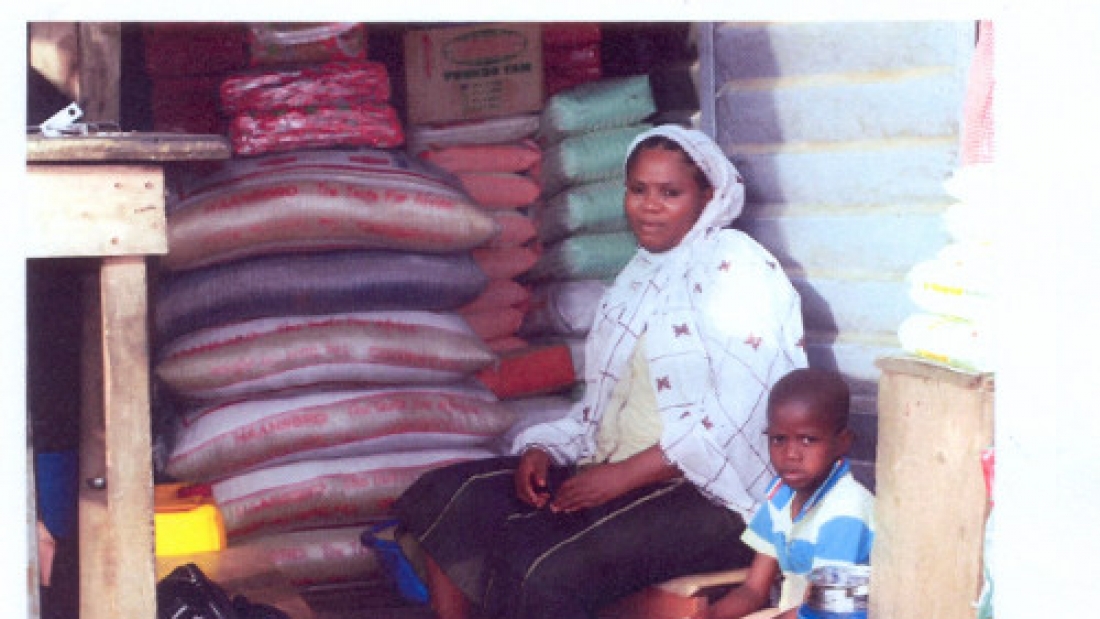 My Name is Mrs Adewale Olanike, member of Orelayo Union at Alpha Branch, Ede, Osun State. I sell raw food items. My husband is a civil servant with the Osun State Water Corporation. His salary could barely sustain our family needs. Before I joined Grooming, life was difficult – we could not eat three square meals, the children’s needs were not adequately met, their school uniforms were torn with several stitches and patches, and paying their school fees was a daunting task. My shop could best be described as empty; the little profit I made from sales went back to the people I purchased the goods from on credit. I knew where to get the goods on wholesale and make more profit but I lacked needed capital. A friend introduced me to Grooming Centre but I was reluctant because I had heard tales of some microfinance institutions absconding with people’s money. She encouraged me to give it a try, as she confided in me that she felt the same way when she wanted to join.

The following week I decided to visit the meeting place and observe. To my surprise, I met happy people. I realized that somehow I had subconsciously detached myself from the community. I could not remember the last time I was at a gathering of people. They told me the name of the group “Orelayo” which means “friendship is fun”. I joined that day. Now, I am presently on the fifth stage which is NGN70,000. I have also obtained the Festival loan. The repayment style is very encouraging and the extension of the Festival loan repayment period, from three months to four months, shows that the Centre listens to their members. My business has taken a new dimension as I now buy my goods directly from wholesalers. The era of my children wearing tattered uniforms to school has passed. Grooming Centre has put a new song in my mouth. Grooming is synonymous to PROSPERITY!!! 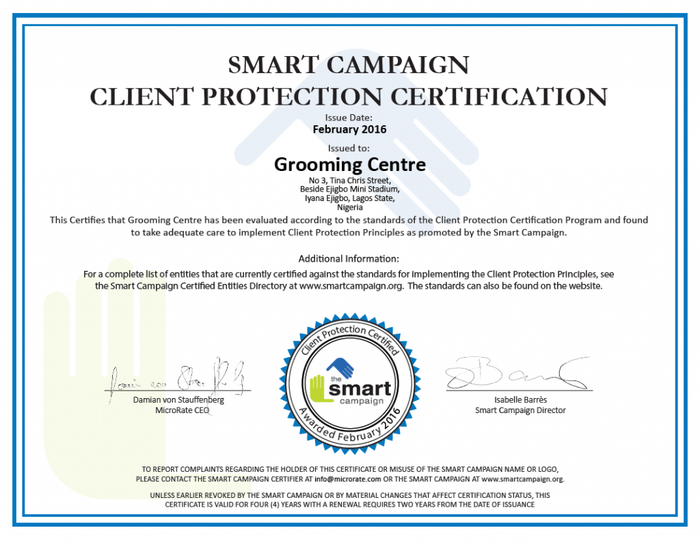